Have you heard of Fore Play Crazy Golf in Glasgow? I hadn’t. That was until, Triyit UK invited me along to play two rounds of golf. They also gifted my plus one and I a free drink each and 50% off food at The Prague Shack.

We decided to eat first and play later. I’m sure that doesn’t come as a surprise. Life is all about food for me.

From The Prague Shack we ordered a Chilli dog, Chicken schnitzel and Halloumi fries. The Halloumi fries were INCREDIBLE. In fact, all of the food was tasty! With 50% off it was an absolute bargain at £9 for these three dishes and it was plenty to share between two.

Soon it was time for our first round of golf. 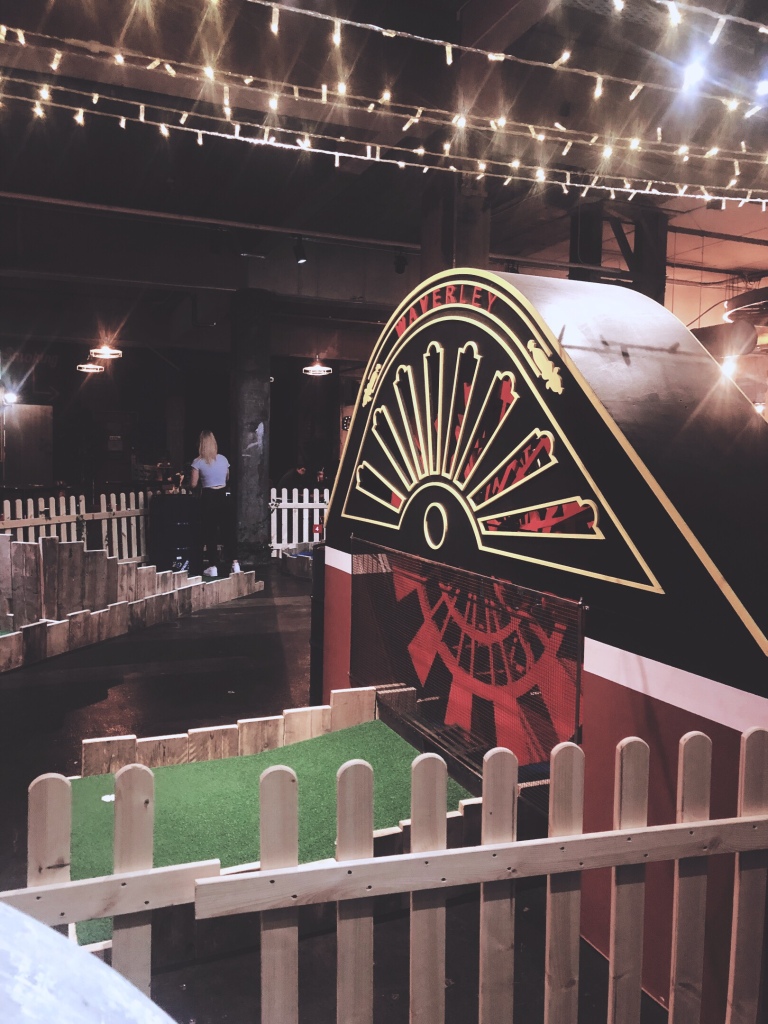 The Crane course was a tad easier than the Cone course. I’m not going to lie, by the time I was half way round the Cone course I had accepted that it was quite challenging and simply just decided to enjoy myself. I did end up getting a whole in one on one of the holes though. It was definitely by chance though!

All in all it was a fun afternoon. A couple of gins, delicious food and a good few laughs as I failed miserable on some of the holes. Tucked away in Kinning Park I feel like it’s location probably doesn’t work in its favour. However, it’s definitely worth a trip if you live nearby.